Since the 2002 Olympics, the Utah Olympic Legacy Foundation has had the goal to provide additional support services to up-and-coming Olympic athletes. The Foundation and development partners teamed up with Think Architecture to bring their goal to fruition, designing and constructing an athlete and workforce housing project at the Utah Olympic Park.

The Residences at Utah Olympic Park project included a $13.6 million, four-story facility with 72 units, or 146 beds, while also earning our architects and development partners the 2020 Residential/Hospitality Award of Merit from the ENR Mountain States.

Think Architecture also worked with the Foundation on the master planning and feasibility for the entire Olympic Park site for future projects including additional housing, a hotel, and other developments. 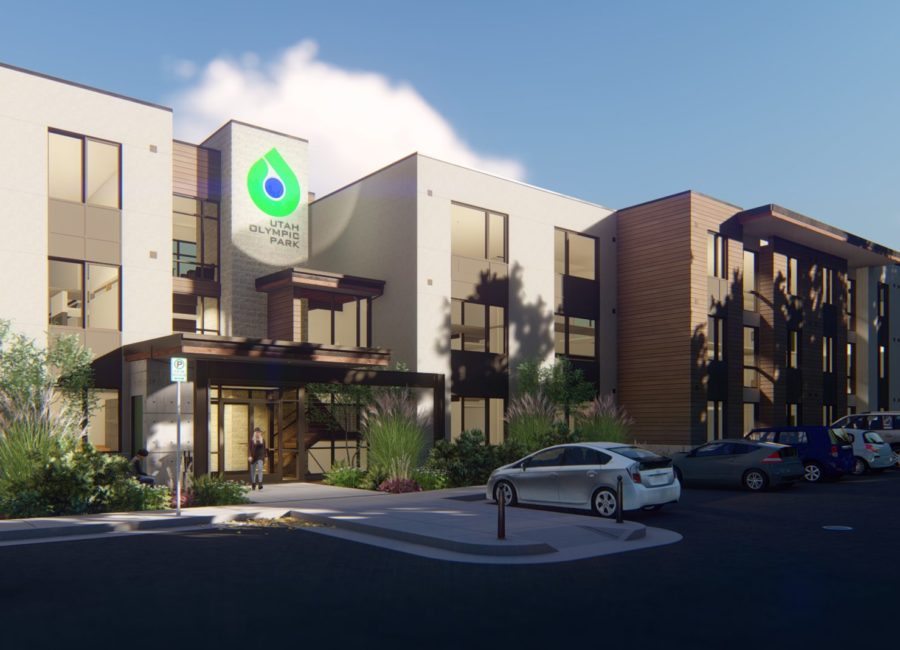 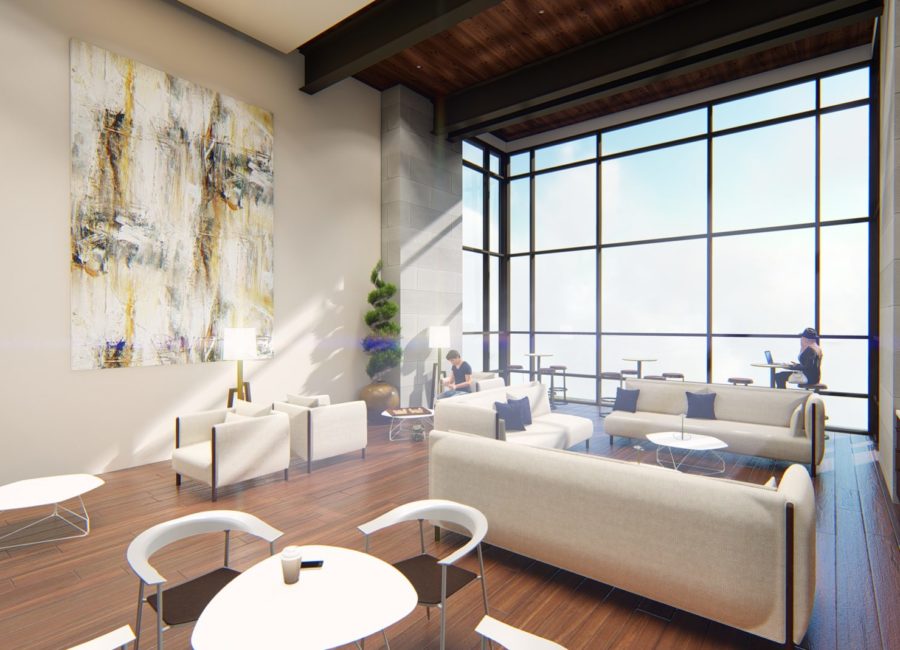 Nestled into the hillside of the Utah Olympic Park Nordic jumps, the athlete housing at Residences at Utah Olympic Park includes a total of 72 units that accommodate nightly lodging guests and long-term apartment residents for athletes and employees. Our architects collaborated with the Foundation to create this state-of-the-art building to create an affordable housing option for athletes and employees to live in the town where they work, train, and play.

Built to provide subsidized housing for athletes and coaches actively training, as well as employees of the Utah Olympic Park, the project consists of affordable nightly and monthly rentals. The combination of apartment building design includes three thoughtfully designed floor plans, durable finishes, in-residence kitchens, and laundry, paired with views of the 2002 Olympic venue and Snyderville Basin. Unlike the crumbling concrete structures used for athlete housing in former Olympic venues like Sochi and Rio, the Utah Olympic Park design is sustainable and vibrant, helping to fulfill the project mission: To cultivate champions in sport and in life, deliver experiences that inspire communities and celebrate our Olympic legacy for generations to come.

Take the next step

Planning a project or have questions? Let’s talk.